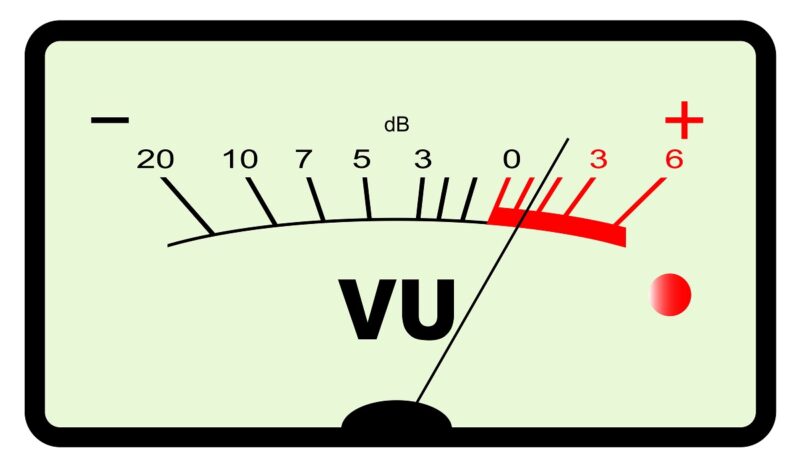 Sound Pressure Level is a quantity used to represent the amplitude of sound, but the perception of loudness does not necessarily directly depend on Sound Pressure Level. It is important to address this in the acoustic consultancy work that we do at Xi Engineering Consultants, for example in Noise Impact Assessments, Workplace Noise Assessments, or even when protecting Edinburgh Zoo’s pandas from noise.

What is Sound Pressure Level and how is it defined?

Sound Pressure is defined as the deviation of pressure from the local ambient atmospheric pressure, caused by a sound wave. It is measured in the SI unit for pressure, Pascals (Pa).

This conveniently means that 0 dB SPL is the lowest Sound Pressure Level that it is possible for humans to hear. The highest Sound Pressure Level that humans can hear without experiencing pain is around 120 dB SPL, or 20 Pa. There is a factor of one million between the quietest and loudest sounds that humans can hear, which means it is useful to express information about sound in Decibels rather than Pascals.

Sound Pressure Level is a good way to express information about the physical phenomenon of sound, but how does that compare to what is actually perceived by humans? Humans can perceive sound from frequencies between 20 Hz and 20 kHz. The inaudible sound below 20 Hz is called Infrasound and sound above 20 kHz is called Ultrasound, however, human perception is not as straight forward as simply being unable to hear sound above or below those two limits. Humans are insensitive to low frequency and high-frequency sounds and sensitive to sound in the middle range of frequencies – from 1 kHz to 4 kHz. The lower or higher the sound outside of the middle range, the less sensitive we are.

In order to better account for human perception of sound when stating Sound Pressure Levels, A-weighting can be applied, which decreases the level of high and low-frequency components of a sound and slightly increases it in the middle range.

A-weighting is very commonly used when describing the sound and is denoted by an ‘(A)’ or ‘A’ after the ‘dB’. For example, when you are told that a sound has a level of ’45 dB(A)’, what that means is ‘45-decibels-with-reference-20-micro-pascals-with-the-low-and-high-frequency-components-of-the-sound-reduced-by-A-weighting’, but people look at you strangely if you use the long-form, so it’s probably better to stick to ’45 dB(A)’.

B- and D-weighting have largely fallen out of favour but sought to describe the same effect as C- weighting in different ways. Z- weighting is seen on sound level meters and essentially prescribes a flat response in the frequency range audible to humans, in other words, no weighting. 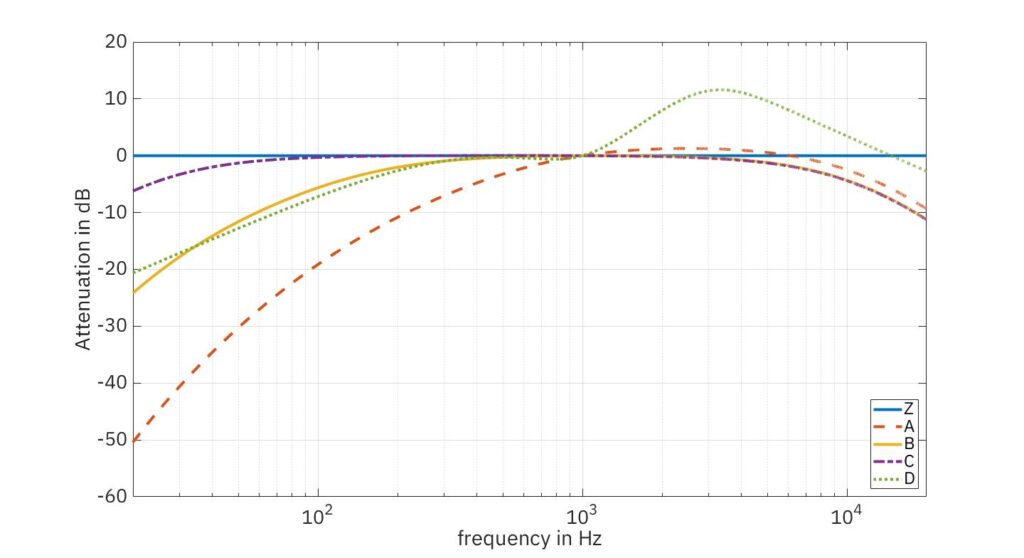 What is time weighting and how is it used in sound level meters?

F-time weighting or Fast-time weighting uses a time constant τ of 0.125 seconds – which means the measurement will react quickly to changes in instantaneous sound pressure level.

S-time weighting or Slow-time weighting uses a time constant τ of 1 second – which means the measurement will react slowly to changes in instantaneous sound pressure level. 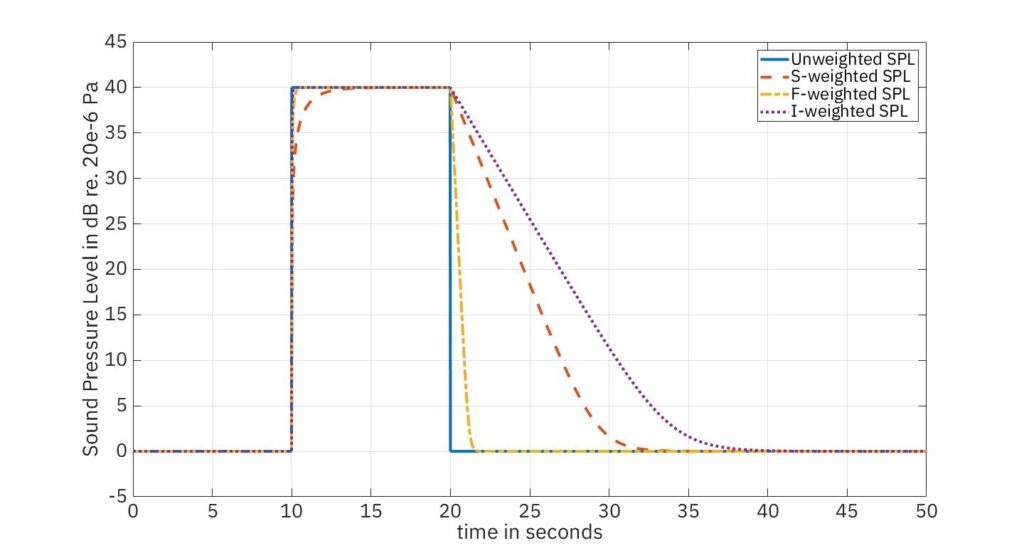 Panda perception of noise vs humans

Pandas are particularly sensitive to high-frequency noises and can hear up to 70kHz – more than three times as high as humans. Xi Engineering Consultants acted as acoustic consultant to the Royal Zoological Society of Scotland, advising on the impact of construction work at a proposed development at the former Corstorphine Hospital, adjacent to Edinburgh Zoo, the home of some high-frequency-noise-vulnerable pandas. This sensitivity to high frequencies had to be taken into account when designing noise mitigation to protect the pandas during the demolition and construction phase of the development.

Xi’s team of engineers have years of experience in acoustic measurement and can assist at all levels of complexity. The range of measurements that Xi can perform range depending on the industry, some examples  are:

Feel free to contact us and one of our experienced sound engineers will get in touch with you to discuss your project.